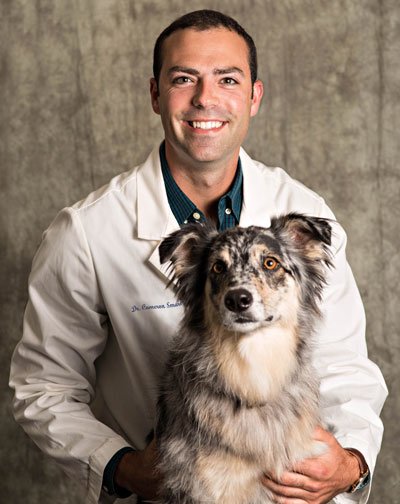 ← back to all staff profiles

During his fourth-year of veterinary school, the American Animal Hospital Association recognized and awarded Dr. Smart for his outstanding clinical proficiency in primary care. This award is presented to one fourth year student in recognition of outstanding clinical proficiency in small animal medicine and surgery. He was also highly active in the Student Veterinary Emergency and Critical Care Society and served as president of the society while studying at Texas A&M. During summer breaks, Dr. Smart spent his time at North Fork Ranch in Colorado as a wrangler in the small mountain town of Shawnee.

Upon graduating veterinary school, Dr. Smart completed a small animal medicine and surgery internship at BluePearl Veterinary Partners here in Tampa, FL. He has also received his Human-Animal Bond Certification. This certificate allows veterinarians to fully appreciate the science behind the human-animal bond, learn more about its benefits for animals and people, and provide practical advice on how to ensure good bonds are built and maintained.

He has a strong interest in primary care, emergency medicine and internal medicine. In his spare time, Dr. Smart enjoys hiking with his Australian Shepherd, traveling, spending time at the beach, and horseback riding.