BPA from canned foods may be harming dogs 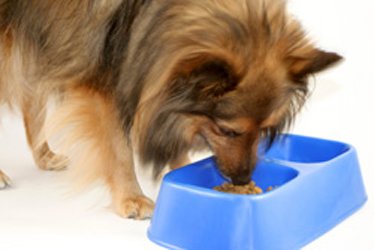 A study by veterinarians at the University of Missouri found that dogs’ levels of the endocrine disruptor bisphenol A nearly tripled after the animals ate a canned-food diet for two weeks, and the exposure was associated with metabolic and microbiome changes. The researchers said the findings may have implications for humans, too, saying: “Indeed, our canine companions may be the best bio-sentinels for human health concerns.”

For years, scientists have sounded the alarm about the potential health risks of Bisphenol A (BPA), an endocrine-disrupting chemical that has been linked to reproductive problems and other issues in humans. BPA is found in household and consumer products including canned goods, water bottles and receipts.

Now, new research suggests that the chemical can also threaten the health of dogs and other pets.

Authors of the study, published in the journal Science of the Total Environment, took 14 dogs who were all used to eating food stored in a bag, then fed them canned food. When the dogs ate canned food—even a brand represented as BPA-free—for just two weeks, their blood levels of BPA increased.

When dogs were fed canned food, their BPA levels nearly tripled compared to their concentrations at the start of the study. The presence of BPA in dogs was associated with changes to their gut microbiome and metabolism, the researchers found.

The study authors add that the research may have implications beyond the health of pets. “Dogs, who share our internal and external environments with us, are likely excellent indicators of potential human health concerns to BPA and other environmental chemicals,” the study authors write.