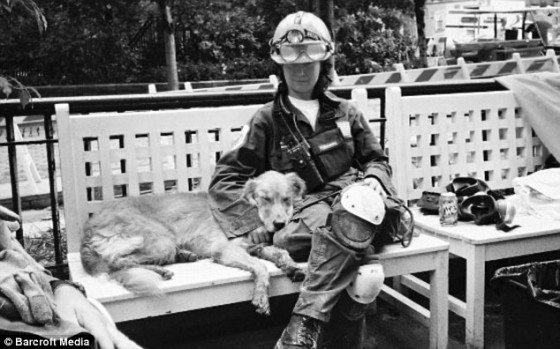 In the aftermath of the 9/11 terrorist attacks, over 350 trained search and rescue dogs responded to Ground Zero and the Pentagon.  The dogs were extremely important in locating human victims, by using their sense of smell and agility to direct workers to the location of those injured and deceased.  The search and rescue process of 9/11 saw the largest deployment of SAR (search-and-rescue) dogs in U.S. history.  In addition, 300 therapeutic dogs were deployed to help comfort people.

Among the most popular dog breeds to be used were German Shepherds, Australian Shepherds, Belgian Shepherds, Yellow Labradors, Black Labradors, Chocolate Labradors, Golden Retrievers, Portuguese Waterdogs, Belgian Malinois, Border Collies, and Rat Terriers.  The dogs worked 16 hours a day, and usually stayed on site for 7 to 14 days.  In 2011, it was reported that only 12 dogs that responded to Ground Zero in New York after 9/11 were still alive.

Some of the owners of the rescue dogs have claimed that their pets were negatively impacted by the toxic air of Ground Zero.  In response, a $400,000 grant was issued to FEMA in order to study the health effects of the dogs that worked at the World Trade Center site.  The study found that there is no pattern of major health concerns for the SAR dogs.  However, different studies have challenged the findings, and argued that a disproportionally large number of the dogs have died from upper respiratory distress.

This article is dedicated to the hundreds of SAR and therapeutic dogs that helped people during the 9/11 rescue effort.

These are just some of the very, very good dogs. 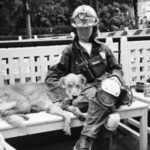 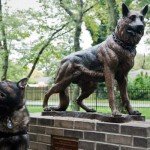 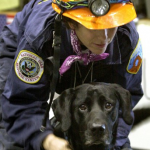 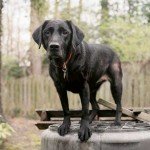 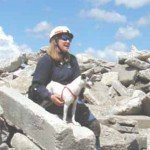 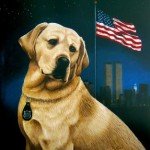 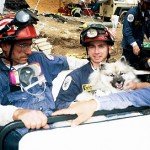 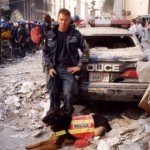