Dogs willing to reward others with food 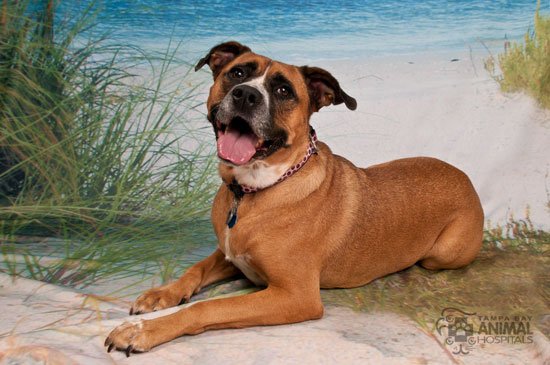 Dogs are willing to reward others, especially dogs they are familiar with.

Researchers from the Messerli Research Institute in Vienna have been testing whether dogs show signs of prosocial behavior—voluntary actions that benefit others. Originally, it was thought only humans behaved in a prosocial manner, but studies have branched out into the non-human world including chimpanzees, capuchins, and now dogs.

A previous study from the researchers using a lever to dispense food suggested dogs would reward other dogs, especially ones they were familiar with. The new study took the study a step farther by increasing the cognitive challenge, using tokens instead of levers, and putting the food out of sight. The most recent study was published in the December 2016 issue of PLOS ONE.

The subjects were pet dogs from households of at least two dogs. The enclosure for the test included a wooden board with 15 possible locations for wooden tokens to attach. Dogs were first taught to recognize the token that gave them a personal reward. A second token gave a reward to the other dog and the third token was neutral, giving no reward. In each trial, the second and third tokens would be moved to a randomized location on the board.

Trials were carried out in one of three ways. In one, a familiar dog—one who had lived with the subject dog for at least a year—or an unfamiliar dog was led into the adjoining enclosure. The dogs could see each other, and the subject could then choose to give the other dog a reward or not. In another, the second dog was brought into the room but was not put in the enclosure and could not access the reward. In the last version of the trial, there was no other dog in the room.

Researchers noted that there was not a significant difference between whether the other dog could access the reward. Truly prosocial behavior would mean giving the reward most when the other dog could access it. If the other dog is visible in the room but can’t access the reward, dogs might be acting from the social facilitation effect, or audience effect, which can increase an individual’s motivational state and enhance or decrease engagement in certain behaviors. While the researchers could not rule out the social facilitation effect completely, they noted it could not be considered the main explanation for the dogs’ behavior.

Due to these results, the researchers concluded, “The primary question raised from these results is why dogs in the token test did not differentiate between the social facilitation control condition and the test condition.” They suggest this could be because dogs were unable to discriminate between the two conditions—whether the other dog could access the reward. It’s also possible the increased cognitive demand on the dogs made it difficult for them to distinguish between the two situations and so there was not a significant difference in giving rewards to others. It is also possible, they suggested, that the social facilitation effect could be an underlying mechanism of prosocial responses.

The study concluded that multiple paradigms are needed to give insight into the conditions prosocial behavior happens. They suggested the current study, “demonstrates that the social facilitation control should be an essential condition included in future prosociality studies.”