Dr. Lassett on The Costs of Caring for an Elderly Pet 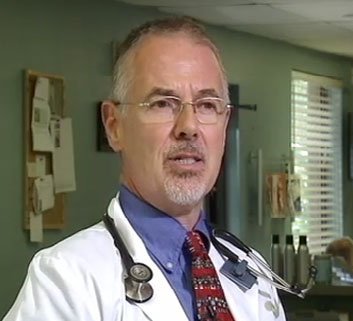 Our own Dr. Lassett was on Fox 13 News discussing the care required for elderly pets. (See video at end of this article)

We’re a nation of pet lovers, sharing our homes and our lives with some 80 million dogs and cats, more than half of the over the age of 7.

Just as we’re living longer, so are they. While we’re thrilled to have them around as long as possible, aging pets come with their own health challenges and costs.

Just ask Nancy Ellington of St. Petersburg. Her two beagles, Mitzi and Toby, are inseparable. Ellington says they go everywhere together, even to Tampa Bay Veterinary

After Mitzi was diagnosed with lymphoma in January, Ellington decided to spend the $5,000 + on treatment, a decision she didn’t make lightly on a public teacher’s salary.

“I have a responsibility to take the best care of them that I can. There was no other option, so I was going to have to figure out a way to make it work,” she said.

That didn’t surprise veterinarian Gary Oswald, who says more owners are opting for treatment—even for older pets like Mitzi—as long as they can still enjoy a good quality of life.

“If we can do that, and hopefully get another year or two years for pets, many, many owners are willing to make that sacrifice for the financial end,” Oswald said.

It’s a sacrifice Mariem Talavera of Tampa also knows well. Her cats have been her “children,” and her oldest, Samantha, has made it to the ripe old age of 21.

“She was the first pet I ever had. I never had pets as a child, so in my 20s, I got my little Samantha,” she says.

Samantha still navigates the stairs in Talavera’s home with ease. She has a healthy appetite and sometimes even sprints around the living room. But like most cats that live this long, her kidneys are starting to fail.

Samantha’s veterinarian, Dr. Tim Lassett of North Bay Animal & Bird Hospital, says that’s not at all unusual for a cat her age.

“The longer they live, the greater their chances for things like cancer, arthritis, kidney disease, heart disease, some of the things you typically see in an elder human patient,” Lassett said.

Dr. Lassett says catching health problems early can make a huge difference in treatment and how long your pet lives. He recommends twice a year exams for senior pets.

He believes the up-front costs of well care can save you money in the long run.

Samantha’s on a special kidney diet, but there’s also a special diet for another common kitty ailment:  hyperthyroidism, which Dr. Lassett says can head off the need for more costly surgery, radiation and/or medication.

He also wants owners to know that the kindest thing you can do for your pets as they age is to keep them from gaining weight.  He cites one statistic that two-thirds of America’s dogs and cats are overweight or obese.

Remember “Meow?” He was the 39-pound cat that ended up at a Santa Fe, New Mexico shelter when his owner died. Vets put him on a weight loss program, but he just recently he died of lung failure…at the age of 2.

Dr. Lassett says just like us, being overweight sets our pets up for all kinds of health problems down the road.

“That makes them greatly at risk for things like diabetes, heart disease, high blood pressure, cancer and yes, again, sounds like us,” he said.

Mariem Talavera knows her time with Samantha is winding down.  She considers everyday a bonus with her little “senior.”

Nancy Ellington’s encouraged by Mitzi’s response to the chemo. So far, no nausea, no hair loss. She seems to be back to her usual self. Ellington, like Talavera, also is confident she’ll know when the time has come to say goodbye.

In the meantime, like more and more pet owners, she’ll do the best she can for the senior she considers a member of the family. Says Ellington, “She had a rough beginning in life…so I want her end of life to be as comfortable as possible.”