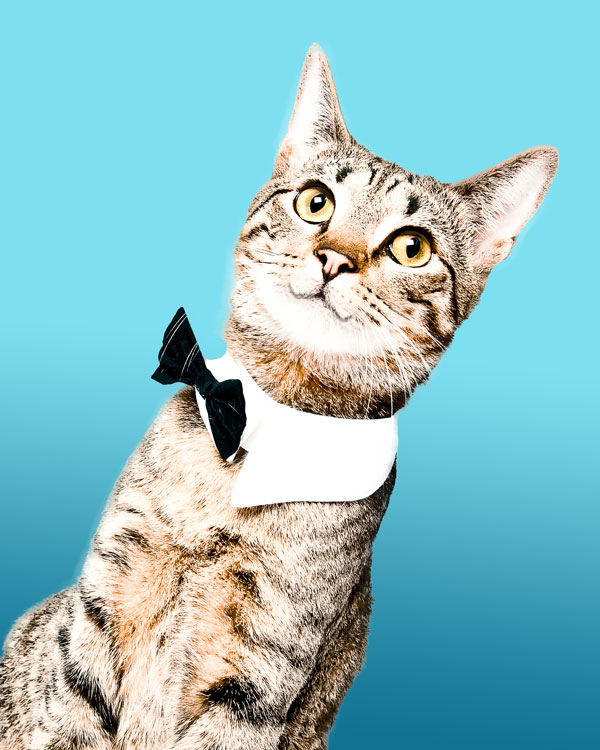 Posted on March 2, 2019 in Caring for your pet, News
Tags: behavior, cats, feline

Because, c’mon cats aren’t just going to outright say those three little words. Here are the telltale signs that your feline friend is giving you heart-eyes.

Cats demonstrate their devotion to their humans in a number of important and obvious ways, if you know what to look for. There is even some reason to think that we misunderstand cats when they are asking for attention and mistake this for a desire to be fed. Here are just a few of the silent but sure ways your cat tells you that he loves you.

Watch your cat move around in his territory (a.k.a., your house). He’ll walk with his tail straight up in the air, perpendicular to his body, perhaps with a slight kink at the tip. This upright tail is a sign of affection between cats and, now, between us and our cats. Similarly, cats who like each other a lot will rub on one another mostly using their faces.

When your cat rubs his face against your ankles, he’s expressing the same level of affection for you that he has for a trusted cat. Given the choice, he’d rub against your face but you’re usually a bit too high up for that. We’re often irritated by cats who jump on the counter, but they’re often trying to get closer to us for a good face rub. They’ll rub their faces on inanimate things: doorways, chair legs or other furniture more often when you’re close by.

Cats who have been raised together have a few other ways of expressing their affection for each other. They may be found curled up together sleeping in a heap—even when it’s warm and they don’t need each other’s heat. So when your cat hits your lap and curls up contentedly, you should know that this is love as well.

The bond between cats is further strengthened by grooming each other. Of course, doing that keeps them cleaner than they might otherwise perhaps be. More important, though, it’s a mark of the power of friendship.

Your stroking is the same powerful bonding. They love that you have focused your attention on them, moving your hands along their fur (particularly around their head and neck). It means that you two are family. Some cats will try to groom you back, but it may be annoying, given the barbs on their tongue that are helpful for efficient fur care. If you act as if it’s unpleasant, he’ll stop.

Cats who care for one another often have a greeting that is made from a high-pitched sort of forced air between the upper and lower lip. You may find that this is commonly a way that your cat greets you. Of course, the truly loving cat will begin to purr as you come closer and closer.

Some cats are more likely to be bonded to their humans than others, a function of learning as a kitten, to be sure, but part of it is genetic as well. Kittens socialized between 3 and 8 weeks to multiple humans are much more likely to grow into adults that love their people. There’s a genetic predisposition, too. It’s commonly referred to as the “boldness gene.” This gene is carried by males and conveys a willingness to become close to humans, to like them, and to prefer their companionship.

Long story short, your cat loves you back.