How Important is Pet Insurance? 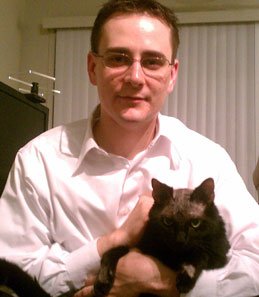 How important is pet insurance? Read this touching letter from one of our clients.

I am sending you some information about Diddy and his condition so that you could use it as an example of the importance of pet insurance in your practices.

Sometime around the beginning of 2010 we noticed that Diddy was moving more slowly up the stairs and was not playing with his toys as much. His appetite was slightly diminished and he seemed to be sleeping more. At first I suspected that he was becoming arthritic and the stairs were becoming painful for him. Around July of that year I had Dr. Hraban do a full workup on him for his annual health plan, including a full metabolic panel/CBC/UA (for routine senior screening purposes) and radiographs to check for signs of arthritis. The radiographs  and bloodwork all came back normal. Meg (my wife) and I chalked it up as just normal aging.

Over the course of 12 months Diddy became progressively more lethargic, innappetant, and ataxic. The onset was slow and insidious. So much so that we continued to suspect just normal aging. In October 2010 Diddy went to FVS for head tremors that were so strange that the critical care DVM at the time told me she had never seen anything like it. She noted that his ears were hypersensistive and sent me home with Otomax and a warning that the underlying basis could be neurological.

The head tremors passed with the use of the otomax. Apparently they had indeed been related to his hypersensitive ears.

In December we noticed that Diddy started to miss steps in the course of normal walking. He would also periodically yowl at nothing. We called in for the expert opinion of our most venerated Dr. Paul Langston, who advised a consult with a Neurologist.

Two weeks later Diddy was diagnosed via MRI with a probable Forebrain Meningioma. The tumor occupied approximately 70% of his frontal lobe. As Dr. Kimura informed me over the phone of the diagnosis I was prepared to hear the worst. Afterall, I had never heard of a good outcome from a brain tumor before. I was shocked when he told me that he could  confidently remove the tumor and give Diddy years more quality life. WOW…..

Anyone who worked with me in the vet practices knew me as, if nothing else, a tireless advocate for the role of pet insurance in propelling the veterinary field forward. I believe very strongly in pet insurance as a way to transform veterinary medicine into the quality and highly professional field we all want it to be. I also view pet insurance foremost as a means to alleviate the prime moral dilemma faced by all veterinary professionals: The denial of care for a suffering being due solely to lack of money. With an insured clientele you never have to choose between treating at a monetary loss or depriving a being of life when you have the means to alleviate it’s suffering otherwise. My advocacy for insurance was always a way to atone for my capitalistic sins, having participated in denial of care due to funds.

In Diddy’s illness I’ve had opportunity to experience this from the client’s end. I cannot tell you how liberating it is to be able to accept any treatment plan presented to you, without a guilty regard toward finances (probably just as liberating as being able to PRESENT any necessary treatment plan). Nobody wants to put down their beloved pet because they cannot afford his/her care.

On January 21st, Dr. Kimura came into work on his day off to perform a craniotomy on Diddy and remove the tumor. After removing the tumor, Diddy’s brain quickly readjusted to it’s normal state/shape. Diddy was sent home on the 23rd, and he was walking again by the 27th. His appetite is back, his balance is back, and his playful demeanor is back. He’s back to a normal cat.

Also, the tumor will regrow with time. It could take 8 years, it could take 2. Either way, as long as I keep his insurance, it should cover it again.

Per incident deducible: $500
Coverage is 90% thereafter.

I have included pictures of Diddy 1 day post-surgery, 2 days post, and a current picture.

I have requested a copy of the MRI. I will send it once I receive it.

He has finished radiation and is now home-free. Final tabulation of costs: $11,553. Trupanion (insurance company) covered 90%.

Diddy is doing well and acting like a normal cat.