Study: Noise sensitivity in dogs could be a sign of serious pain 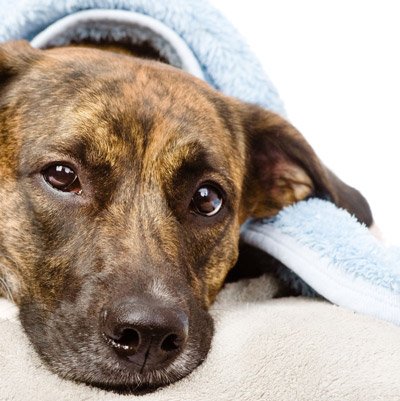 Your dog used to run toward the vacuum cleaner. Now he runs away from it.

He didn’t used to be afraid.

A new study conducted by animal behavior scientists from the United Kingdom and Brazil found that dogs who show fear or anxiety when faced with loud or sudden noises, such as those produced by  vacuum cleaners, could actually be in pain.

The researchers were particularly interested in dogs who developed a sensitivity to loud noises over time. Researchers discovered that those dogs weren’t just afraid of loud noises—they also had associated musculoskeletal pain.

The researchers believe that the pain could be exacerbated when a sudden loud noise makes the dogs tense up or jump, placing extra stress on already inflamed muscles or joints, causing even more pain.

The study suggested that a dog’s fear or anxiety about noise could mean he’s learned to associate loud noise with pain—like a dog who didn’t used to run away from vacuum cleaners, but now he does.

Researchers assessed two groups of dogs who presented with noise sensitivity: those who had already been diagnosed with underlying musculoskeletal pain (the clinical group) and those who hadn’t (the control group).

In both groups, the presenting signs of the dogs’ behavioral issue included shaking, trembling, and hiding, but dogs in the clinical group also showed a higher level of avoidance when it came to places where they had a previous bad experience with noise. Places like a dog park or airport.

Or a frequently vacuumed living room.

Other noise triggers included fireworks, thunderstorms, airplanes, gunshots, cars, and motorcycles. The dogs with musculoskeletal pain also started to be triggered by noises much later in life than the control group.

“Although the average ages of the dogs were similar, the average age of onset of the problem was nearly four years later in the clinical cases,” said lead researcher Daniel Mills, BVSc, PhD, professor of Veterinary Behavioral Medicine at the University of Lincoln’s School of Life Sciences in Lincoln, UK. “This strong theme of an older age of onset suggests that the pain may develop later in life and that owners seek treatment more readily, perhaps because the appearance of the problem is out of character in the subject.”

“These results are consistent with the suggestion that whenever there is a late-age onset to a behavior problem, medical issues, including those related to pain, should be carefully evaluated,” Mills noted.

According to the researchers, veterinarians should give any dog with a noise-related behavior issue a thorough physical exam to determine if pain is a factor.

Once that pain is diagnosed and treated, the behavior issue can be addressed.

And the vacuuming can resume.

Please call us and speak with a veterinarian to see if there may be a medication that can help provide relief for your pet.