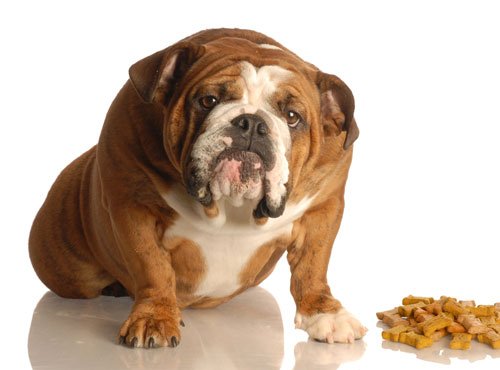 Have you ever lost weight on a diet, only to gain the weight back again after you stop dieting? Turns out the same thing happens to dogs.

About half of obese dogs that successfully lose weight will regain weight after the diet is over, a new study has found. However, the good news is, dogs that gained weight back only regained less than half the weight they originally lost.

The study, conducted at the University of Liverpool, looked at long-term follow-up data in obese dogs that had successfully reached their target weight after dieting. The researchers also wanted to determine how often dogs regained weight and discover any factors involved with the regain.

Thirty-three dogs were studied after they had successfully completed a weight loss program. After the weight loss, the dogs were switched to a maintenance regime and were brought in for follow-up weight checks. Of the dogs in the study, 42% maintained weight, 9% lost more weight, and 48% regained weight.

According to the study, the only factor that significantly influenced the weight regain was the type of food the dogs were fed during the weight maintenance phase.

The researchers suggested that the weight loss formula had a greater satiety effect due to increased protein, vitamin and mineral content, so the dogs on this diet were less likely to seek out extra food or treats.

It should be noted that the study was funded by Royal Canin, and Royal Canin manufactured the foods that were used in the study.

The study, “Long-term follow-up after weight management in obese dogs: The role of diet in preventing regain,” was published in The Veterinary Journal.