Felines can predict where prey hides 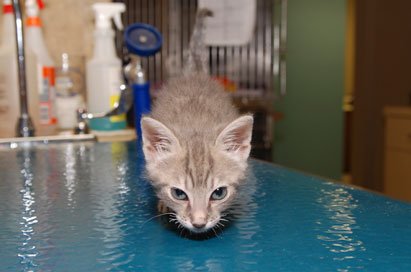 Feline patients are smarter than you may think. In fact, they have a cause-and-effect logic, and understand some elements of physics, according to a new study.

Researchers from Kyoto University in Japan have concluded that cats understand the principle of cause and effect, and some elements of physics, and combine this knowledge with their keen sense of hearing to predict where possible prey hides.

The study was published in Animal Cognition on June 14.

Thirty domestic cats were videotaped while an experimenter shook a container. In some cases this action went along with a rattling sound. In others it did not, to simulate that the vessel was empty. After the shaking phase, the container was turned over, either with an object dropping down or not.

The cats looked longer at the containers that were shaken together with a noise. This suggests that cats used a physical law to infer the existence (or absence) of objects based on whether they heard a rattle (or not). This helped them predict whether an object would appear (or not) once the container was overturned.

The animals also stared longer at containers in incongruent conditions, meaning an object dropped despite its having been shaken noiselessly or the other way around.