Have You Heard? Voice recognition: Does your cat know it’s you? 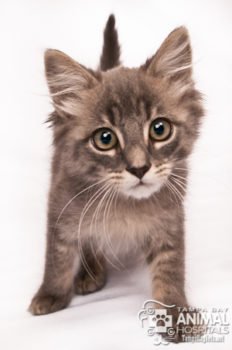 Numerous studies have demonstrated that dogs recognize and communicate with their owners. But the responses of cats to their owners and their ability to discriminate between their owners and strangers is still poorly understood. Can a cat distinguish its owner’s voice from that of a stranger? Or does it think we all just sound alike?

A 2013 study published in the journalAnimal Cognition evaluated the responses of 20 cats to being called by name with a habituation-dishabituation technique. In each cat’s home, an audio recording of three strangers’ voices calling the cat by name was played, followed by the owner’s voice and then another stranger’s voice. The cats were filmed when the recorded voices were played. The strangers were all the same gender as the owner and were asked to call the name naturally and in the same manner as the owner.

After the data gathering, the videos of the cats during each voice playback were evaluated in random order for response type and magnitude. The researchers noted any orienting and communicative responses consisting of ear or head movement, pupil dilation, vocalization, tail twitching, and displacement.

Fifteen of the cats successfully habituated to the strangers’ voices, showing a diminished response from the first to the third voice. Eleven of these 15 rebounded in their response when they heard the voice of their owners as demonstrated by an increased magnitude of response. Head movement was the most consistent response, followed by ear movement. Few cats vocalized or twitched their tails.

These results indicate that cats appear to respond to owners’ voices with orienting behaviors rather than communicative ones. This differs greatly from dogs, which are well known for their ability to use communication behaviors. While not news to cat owners, the domesticated feline appears to have a very different communication style. They may not come when you call, but they know it is you calling.

Posted on May 9, 2014 by tbvets
This entry was posted in News, Press and tagged cats, feline. Bookmark the permalink.
Learn more, visit out pet health library:
Pet Health Articles