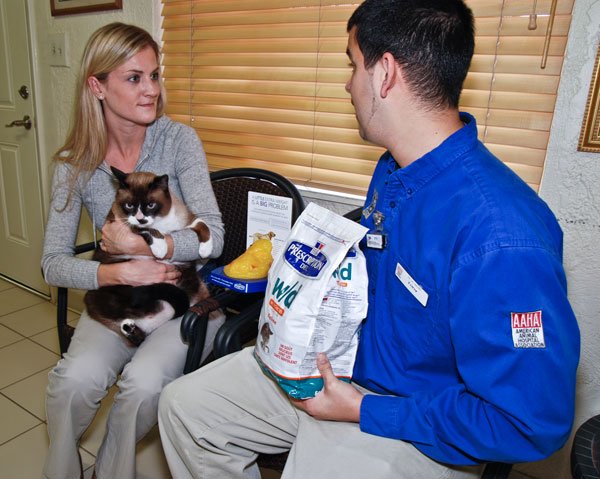 Sometimes studies reveal the unexpected, sometimes they confirm previous findings and sometimes they further prove what we’ve suspected all along. Here are some cat health news items, based on recent outcomes of research studies.

Fat Cats Getting Fatter
Obesity is an epidemic among cats. A report indicates about half of all indoor cats are overweight or obese, though many veterinarians suggest that number is even higher.
Type 2 diabetes in cats (Diabetes mellitus) is associated with defective insulin secretion, insulin resistance and various cell changes, including amyloid formation which occurs. If this all sounds bad, it is, at least without treatment.

A recent study investigated whether a link exists between obesity and many of the changes that occur in diabetic cats.

Turns out that cats with higher body condition scores (looking specifically at obese cats) had significantly higher mean concentrations of glucose. These findings (and research by others) support the theory that obesity does predispose cats to insulin resistance, and therefore diabetes mellitus.

Still, considerable variability occurred in this study. Researchers believe that obesity offers a greater likelihood of type 2 diabetes occurring, along with other factors. No one knows for sure what these other factors are, likely genetics plays a role, perhaps diet, perhaps an individual cat’s lifestyle. And no one knows how these various factors interact with one another to cause Type 2 diabetes in some cats, but not others.

No one is suggesting obesity is somehow acceptable. The reverse is true. Aside from an apparent greater likelihood for diabetes, obese cats are more likely to have myriad other issues, from inappropriate elimination and other behavior problems to arthritis, even some cancers. In fact, veterinary behaviorist Dr. Karen Overall has suggested that at least some obese cats may even develop clinical depression.

Bugs Inside More Cats Than Expected
The Winn Feline Foundation sponsored a study for parasite detection. Over a 3½year period, researchers processed fecal samples from 1,322 cats from two shelters and affiliated foster homes in New York. I know what you’re thinking: Fun!

This information is really valuable, though. No study prior to this had been conducted to understand the parasite load of these cats. In slightly over half of the samples (50.9%), at least one parasite was detected upon microscopic examination.

At least 18 different parasites ranging from 0.2% to 21% in prevalence were recovered in the process. The two most prevalent parasites in this study were Cystoisopora species and Toxocara cati (each had a prevalence of 21%). The next most prevalent was Giardia species cysts at 8.9%, followed by Aelurostrongylus abstrusus (the cat lungworm) at 6.2%. The remaining parasites were each found in less than 4% of the samples: taeniids, Cryptosporidium species, Ancylostoma species, Cheyletiella species, Dipylidium caninum, Otodectes species, Toxoplasma gondii, Sarcocystis species, Demodex and Spirometra species, Alaria species, and Felicola subrostratus.

Results indicate that the prevalence of parasites in this study alone, based only on fecal exams, probably means a lot more parasites affect the general cat population. Cats get a lot of these parasites through predation – killing – a possibility in owned cats with outdoor access or the potential for visits from mice, voles and other transport hosts, such as fleas.

These findings support the recommendations that all pets, even those under routine veterinary care, should have at least one fecal examination and should be placed on year-around prevention for internal and external parasites. Also, it’s likely indoor only cats (who never get outside to potentially hunt), and cats protected from fleas (with appropriate veterinary suggested products) will be more protected from the bug.

Learn more about pets and parasites through the Companion Animal Parasite Council.

Heavy Breathing: Helping Cats with Chronic Airway Disease
It turns out that Glucocorticoid therapy for cats with feline asthma and chronic bronchitis can ideally be tapered to the lowest effective dose. A retrospective study conducted in 10 cats with lower airway disease evaluated the resolution of clinical signs.

Veterinarians either typically treat airway disease with corticosteroids and bronchodilators while a cat is expressing clinical signs like coughing and wheezing, but once the symptoms disappear – so do the meds. The concern is of potential side affects. So, drugs are stopped.

Other veterinarians prefer to treat with a tapered dose continuing, though symptoms have dissipated. The thinking is to completely resolve underlying inflammation, also to maintain the cats (hopefully making frequent recurrence of symptoms less likely).
According to the study, it turns out the latter approach proved most effective in the study cats. Of course, only 10 cats were used in the study but it’s a start.