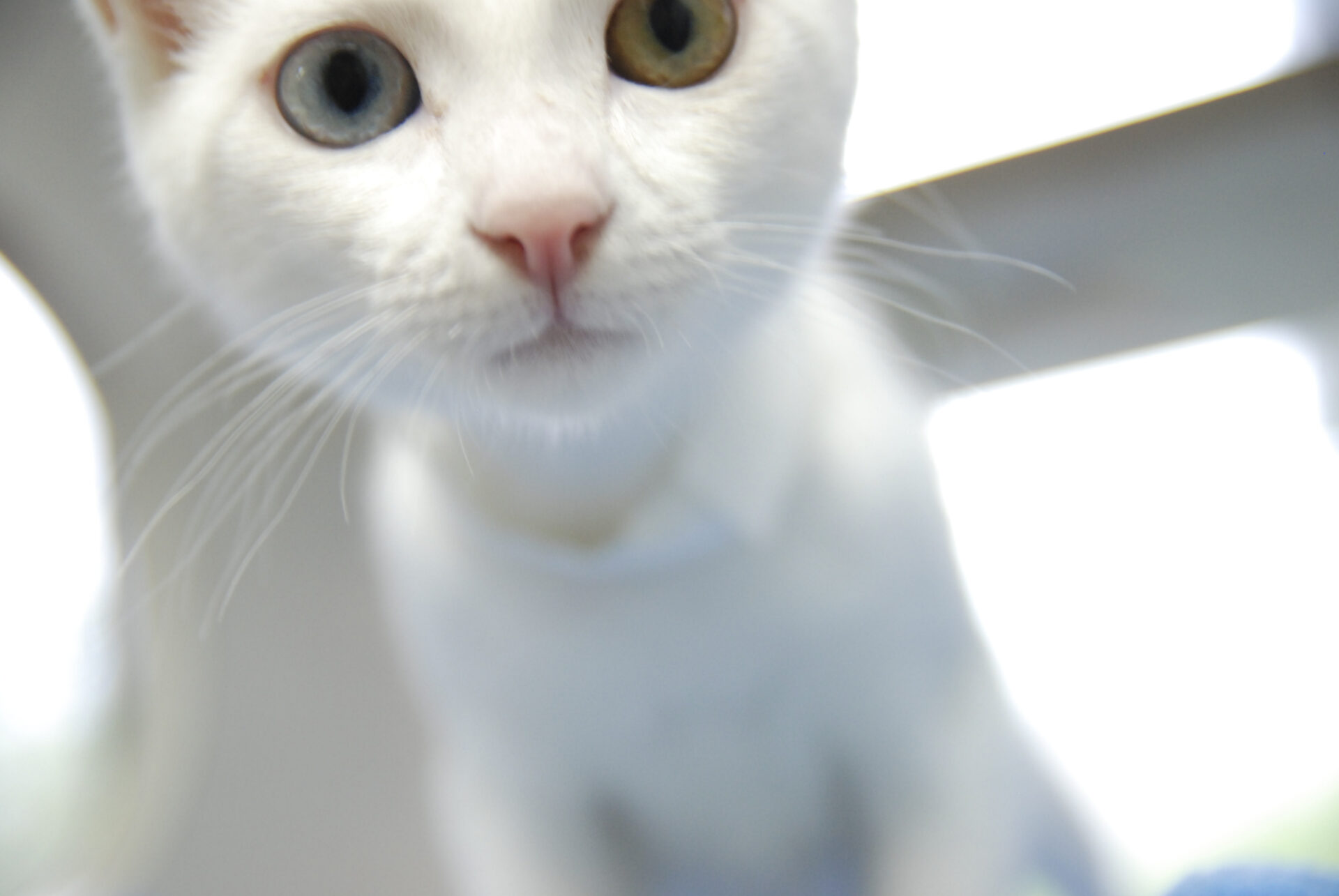 Pablo Purrcasso tops Nationwide’s 2018 Wackiest Cat Names list, according to a recent company release. This is no small feat, considering the names were chosen out of Nationwide’s database of more than 700,000 insured pets.

As you might expect, there’s more to these names than meets the ear, and the owners are happy to share the backstories. (Editor’s note: Whether these pets actually come when their name is called remains unknown.)

Pablo Purrcasso took the top prize in the cat category. You probably won’t be surprised to learn that her owner, Christina Palmer of Charlotte, North Carolina, is an artist and art instructor with a flair for naming her furry friends after famous painters (previous cat names include Vincent van Kitty and Leonardo da Katty).

Pablo Purrcasso is a regular feature in Palmer’s art class. “When I’m teaching my students, he likes to hang out,” she says, according to Nationwide’s website. “It’s like he’s part of the class. He’ll follow the brush strokes of the students and stare at them while they’re painting.”

What do Game of Thrones and “Baby Got Back” have in common? They both played a role in the creation of the noble name chosen by San Francisco couple Mark May and Kim Kamitaki. First, inspired by a feline from HBO’s hit show, May wanted to name the British shorthair kitten Ser Pounce, but Kamitaki wasn’t sold.

“I liked Pounce as a nickname in case he was a frequent pouncer, which led Mark to his suggestion of Sir Pounce a Lot as his name,” Kamitaki says. “I loved that name because of the rapper, Sir Mix-a-Lot, but Mark didn’t connect the dots until I sang his song ‘Baby Got Back.’ We both immediately started to laugh, and we knew Sir Pounce a Lot was his name.”

If inquiring minds would like to know, the answer is yes—Sir Pounce a Lot does indeed pounce a lot. But his talents don’t end there. May taught him how to use the toilet. “There are times when I’m home alone and get scared because I can hear someone using the toilet. Then I look over and see it’s Pounce and laugh,” says Kamitaki.

Despite his ominous name, the story of how Mewpocalypse Yarn Killer was adopted by Ken and Kristina Elder-Flores of Hollister, California, is snuggly sweet. “I picked up the little guy and he nuzzled his way into my chest so peacefully. There was no way we were leaving without him,” says Ken.

The decision to keep the kitty was instantaneous, but landing on a name was a process. Ken was first inspired by a T-shirt he’d seen online before adopting the 4-week-old kitten. It featured a white cat (uncannily similar to the one that had just nuzzled its way into the Elder-Flores home) next to a ball of yarn with the following words: “I am the unraveler of worlds.” With this context in mind, the kitten’s faint meow led the couple to think of the name Mewpocalypse, and Kristina’s work with embroidery and yarn helped them come up with the finishing touch—Yarn Killer.

One week. That’s how long it took Samantha Bent and Paulo Vieira of North Hollywood, California, to come up with a “regal yet ridiculous” name for their then-6-year-old domestic shorthair kitty, according to Nationwide’s website. Bent and Vieira started to get some traction with the name Reggie but wanted something with a bit more prestige, which is how they settled on Sir Reginald. The last part of the name was inspired by the cat’s … ahem … physique. “Reggie has a fluffy face and butt, so we jokingly called him Fluffybutt,” says Bent. “When we verbalized the name, it sounded really silly, but Reggie’s a silly cat so we knew it was perfect for him.”

Fans of the show Friends will have no problem zeroing in on this cat’s namesake. New York City resident Rachel Simpson and her roommate adopted the kitten while in college to keep them company. “We were broke college students at the time, so we didn’t have cable TV,” says Simpson, according to Nationwide’s website. “We would watch the series Friends over and over on DVD, which helped us in choosing a name. We first considered Smelly Cat as a name, which reminded us of Phoebe, and then we remembered her name Princess Consuela Bananahammock. Immediately we knew that was our kitten’s name.”

As if attempting to live up to her diva name, Princess Consuela Bananahammock has developed a love of feather boas over the years and leaves a path of feathery destruction wherever she goes.

Jennifer Tollar of Newark, California, wanted to name her new kitten something that would resonate with her then-3-year-old son. Luckily, inspiration came quickly and musically. “My son is obsessed with the cartoon Bob the Builder, and [the theme song] happened to be playing while I was thinking of a name,” says Tollar. “It came to me in no time and I decided on naming him Bobcat the Builder. My son was thrilled.”

For Colonel Puff Puff and his owner, Amy Dresner of West Hollywood, California, it was name at first sight. “His hair was puffy and he had this white mustache that reminded me of Colonel Sanders. In that moment I knew his name had to be Colonel Puff Puff,” says Dresner. Dresner was surprised to later learn that her father had given a toy soldier the same militaristic name as a child. Like father, like daughter.

This mouthful of a name has several stories behind it. Here’s how it came to be: First, one of owner Debra Shannon’s grandsons wanted to name the Maine Coon after his favorite color, blue. Shannon wanted a longer name, so she looked to her kitten’s origins for more inspiration. As a nod to his home country, England, Shannon wanted to give him a title, so Blue became Blue Knight. Next, Shannon added Majesticoons as a play on the kitten’s breed, and Carefree, as she lives in Carefree, Arizona. Lastly, after learning that the kitten’s grandpa, Dior Blue, was a former breeder world champion, the final piece of the naming puzzle fell into place.

Banana Pawz looks nothing like a banana (he’s a tuxedo cat), but owner Akudo McGee of Philadelphia, Pennsylvania, who was only 12 years old when she received her beloved kitty as a gift, was never able to come up with a name that fit him better. Perhaps, given his foodie name, he can be forgiven for his food-stealing habit?