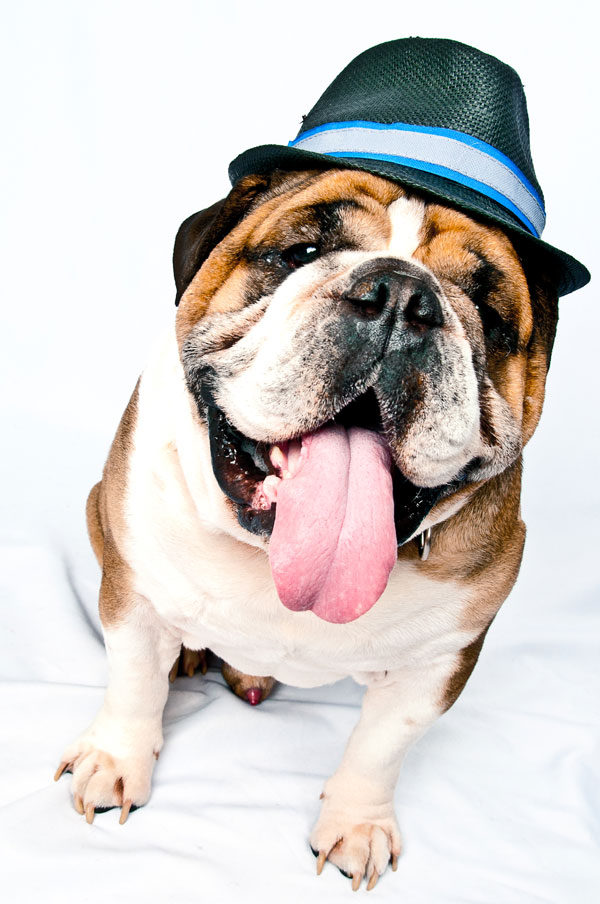 Isabella Miss Worldwide Boo Boo tops Nationwide’s 2018 Wackiest Dog Names list, according to a recent company release. This is no small feat, considering the names were chosen out of Nationwide’s database of more than 700,000 insured pets.

As you might expect, there’s more to these names than meets the ear, and the owners are happy to share the backstories. (Editor’s note: Whether these pets actually come when their name is called remains unknown.)

Madison Lee of San Jose, California, drew from both popular culture and the calendar to come up with this award-winning name for her then-newborn pit bull, beginning with the Twilight series. “Pit bulls are often misunderstood and believed to be aggressive and unfriendly,” Lee says, according to Nationwide’s website. “In Twilight, Bella is seen as awkward and somewhat of a misfit. I saw the similarities and knew Isabella would be part of her name.”

Next, Lee turned to the rapper Pitbull, who also goes by the name Mr. Worldwide (though she tweaked it to have a feminine salutation). Lastly, Lee was inspired by the day on which her pup was born—Halloween. Hence, the Boo Boo addition.

What do you name a puppy who’s joining a home that’s already occupied by a dog named Winston Furchill? Owner Britney Colantonio of Charlotte, North Carolina, and her boyfriend Corey turned to history and puns for inspiration. “We wanted Winston and the newest addition to be best of friends,” says Colantonio. “We looked to history and recalled the relationship between Winston Churchill and Franklin Roosevelt. It took us a while but eventually we came up with the perfect name, Franklin Woofsevelt.”

Ruffy the Vampire Slayer has been slaying the hearts of her owners, Abby Podratz and Robert Brooks of Baltimore, Maryland, since the day the married couple visited a local foster home and the tiny pup crawled onto Brooks’ lap and fell asleep. Television served up the inspiration they needed for a name. “I’m terrible at puns but my husband and I both love them, so we knew that her name had to be a pun,” says Podratz. “We love the show Buffy the Vampire Slayer and we were thinking of dog terms and immediately we thought of her name, Ruffy the Vampire Slayer.” Ruffy is a bit of a performer herself, as she accidentally learned how to whine to the tune of “Good King Wenceslas.”

When Mia Hanson and her husband, Zach Werner, of Everett, Washington, brought home their then-8-week-old North American village dog, they knew they’d landed on the perfect fit. When soul-searching for the perfect name, Hanson drew from her childhood. She’d grown up with cats named after former dictators, and she wanted her puppy to follow suit. “Zach and I were joking about the name Vladimir Poochin because it had a nice ring to it,” Hanson says. “It’s made us laugh ever since and it suits him well.”

Who would’ve guessed that Sir Mix-a-Lot would serve as inspiration for multiple wacky pet names on Nationwide’s list? The unexpected is a theme that carries through Sir Lix a Lot’s story. When Rebecca Macias of Davis, California, set out to get another dog, she wanted it to be big. The local rescue group, however, had only one dog to offer—a tiny Chihuahua-Jack Russell mix. Macias ditched her former plans and brought the pint-sized pup home to her other pint-sized pup, a Chihuahua named Pink Floyd. “I love all genres of music, including old school rap,” says Macias on the website. “He’s always giving kisses and licking everyone so I knew that had to be part of his name. I thought of an old school rap artist I like, Sir Mix-a-Lot, and combined it with his love of licking and came up with Sir Lix a Lot.” Another unexpected detail? Sir Lix a lot can say, “Hello there,” as well as “I want a treat.”

Twyla and Ryan Sirrine of Salem, Oregon, made the decision that they wanted a dog together, but it was Twyla who took the initiative to seek out a particular pup and bring it home while her husband was out of town. “We came across the name Chauncey Von Poops a Lot before we adopted him,” Twyla says, according to Nationwide’s website. “We wanted a unique name for our puppy. When we first heard the name, we loved it and knew that would be a perfect and proper name for our newest member.” With such a grandiose name, who can blame Chauncey for being a bit of a foodie who avoids eating the same food twice?

Cassandra George of Cumming, Georgia, was eight months pregnant when she and her husband, Michael, unexpectedly lost their beloved dog. After reaching out to a rescue group in Atlanta, the Cummings were able to welcome a new member to their growing family—a 2-year-old English bulldog with a decidedly squishy face. When it came to a name, the couple wanted it to be both English and fun. “I think pet names should reflect your pet’s personality,” Cassandra says. “It’s OK to have fun with the name and love it, but your pet will definitely tell you their name in some way.” The first words that came to the Cummings’ minds when looking at their new dog was “squishy face,” and with a few proper tweaks and additions, they landed on a name that ticked all of their boxes: Madame Squishy Van Wrinkleface.

Sometimes, the first name just doesn’t stick, which was the case with Lisa McDowell of Wyandotte, Michigan, and her Brittany spaniel. “In the photos I saw of him, he had a mark on the side of his face in the shape of a duck, so I decided to name him Ducky,” says McDowell, even though her original plan was to name him something that would bring to mind her favorite sport: hockey. But after watching him play in the yard, she felt Ducky wasn’t right. The way he played with his littermates reminded her of a hockey player, so McDowell put on her thinking cap again. “He’s so spoiled, and being an only dog, he’s the king of the house,” says McDowell. “I went back to the idea of naming him after the Stanley Cup and the man who donated the cup, Lord Stanley. Eventually, Lord Stanley the Pup was derived and it’s fit ever since!”

Lisa and Stewart Colovin of Kansas City, Missouri, may have traveled to Texas to get their pharaoh hound, but they had to travel back in time to get the name (well, sort of). “When she was born, her ears shot straight up,” says Lisa. “One night I woke up out of a sound sleep and her name came to me—Little Bunny Foo Foo. It’s the name of an old children’s song I know. We had the name picked out before we had her, but once we picked her up, we saw how accurate the name fit.” Little Bunny Foo Foo is as gentle as her name and enjoys playing mom to two kitties, Cow and Chicken.

Name inspiration didn’t come as easily for Danielle Morgan of Commerce Township, Michigan. Knowing she wanted to incorporate “Stud” in some way, Morgan first named her pug Stud Muffin. This eventually morphed into Sylvester Stud, which wasn’t quite right either. “I was looking at him one day and thought he looked like the popsicle treats Pudding Pops,” Danielle says. “He loves to eat, and I knew that had to be a part of his name. I put everything together and came up with Sylvester Stud Puddin’ Pop.” Morgan calls Sylvester her “partner in crime,” as he’s used his devastatingly good looks to get her out of a speeding ticket.