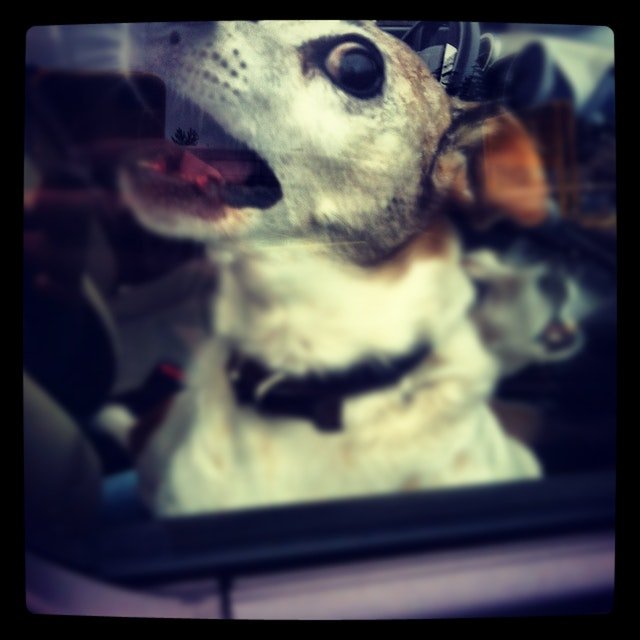 Parking in the shade on a sunny day won’t necessarily save a pet left in the car from heatstroke, or worse.

The researchers tracked the temperatures inside three cars—a sedan, an economy car, and a minivan—parked in the sun in Tempe, Arizona. They also monitored the temperatures of another three vehicles of the same makes and models parked in the shade. On days hotter than 100 degrees, it took an hour for the average ambient temperature inside the shaded vehicles to reach 100.9 degrees. For cars in the sun, the inside ambient temperature hit a scorching 116 degrees in an hour.

And that was just the air temperature—surfaces got even hotter: steering wheels reached 127 degrees on average while seats hit 123 degrees. Dashboards averaged a blistering 157 degrees.

Now consider that a dog can start to suffer from heat exhaustion when temperatures reach a relatively balmy 83 degrees. And when his core temperature approaches 106 degrees, heat exhaustion can quickly turn to a fatal case of heatstroke.

Some vehicles heat up faster than others—a dog left in a sun-blasted sedan could die from overheating in just an hour.

The researchers said they wanted to replicate what could happen on a shopping trip, when someone might leave their car parked outside for an hour, or about the length of time it might take to get groceries. One researcher said, “I knew the temperatures would be hot, but I was surprised by the surface temperatures.”

Not everyone shares his amazement.

“It’s certainly no surprise to me,” said Dr. Ernie Ward, DVM, CVFT, an author, speaker, social media and YouTube star popularly known as America’s Pet Advocate. “I’ve practiced in the South, in North Carolina, and grew up in Georgia, so heat is no stranger to me.”

Neither is a hot car.

In 2012, Ward famously posted a YouTube video of himself sitting in a car parked in the sun for 30 minutes to see how hot it would get (the video has been viewed more than two million times).

Ward told NEWStat what inspired him to make the video:

On the day he filmed it, Ward was in his hospital discharging a patient when another client popped in to pick up some medication. “She’d left two dogs in her car. This was a June day at the beach,” Ward recalled. And it was hot outside. “I remember sitting there, saying, ‘Are you going to bring your dogs in?’ And she said, ‘Oh, no, it’ll be just a minute.’ And of course that ‘just a minute’ turned into fifteen minutes.”

As it turned out, the dogs were fine. But it could have gone the other way just as easily. So Ward decided to make the video. And he says the message behind his video is a warning to pet owners: “If you think you’re just going to [be gone] for five minutes, that could turn into fifteen minutes, which could be deadly for your pets,” Ward cautions.

“I think this new study shows that [cars get] a lot hotter than people had previously thought,” Ward says. By the end of his video, he says, the temperature in the car had nearly topped 120 degrees. “And this was with all four windows cracked in a partially shaded parking lot.”

Ward says the new study is a call to action for veterinarians to educate their clients on the dangers of leaving pets in a hot car.