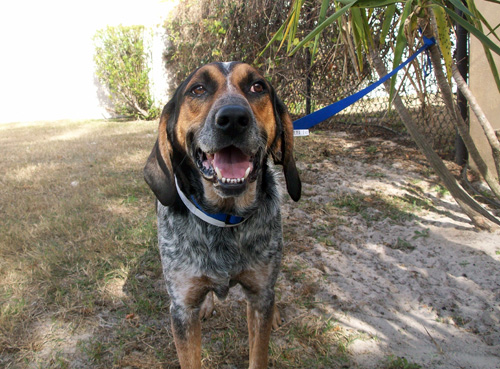 Posted on January 30, 2012 in From Our Clients
Tags: cat, dog, microchip, microchipping

It was an ordinary Monday evening on January 9, 2012 when a new patient came to North Bay Animal & Bird Hospital for an exam and vaccines.  This new patient turned out to have an extraordinary story.
The dog was a stray who had been found living under a truck for a few days.  The people who found the handsome dog had been feeding him but were unable to provide him with a home, so they decided to put an ad on Craigslist.  A nice lady replied to the ad and fell in love with the sweet dog as soon as she met him.  She had only had him for a few hours before taking him to North Bay for an exam and vaccines.  The dog was extremely friendly and did well for his exam with Dr. Meltesen.  Just before leaving North Bay, Dr. Meltesen decided to scan the dog to check to see if by some miracle he had microchip.  As soon as she waved the wand, a microchip number flashed across the screen.  Dr. Meltesen proceeded to call the microchip company and was given the contact information for the dog’s owner.  The miracle came true: the dog was suddenly no longer a stray but someones beloved family member named Bailey.
When the family was contacted, they could not believe the news.  Bailey had been missing for a year and three months.  The family had searched for Bailey but eventually gave up hope and assumed that he was gone forever.  They eventually moved out of state and moved on with their lives.  When Dr. Meltesen called saying that Bailey was at North Bay, they thought it was a joke.  The family was overjoyed after seeing pictures that had been emailed to them.  They made arrangements to immediately travel to Florida the next day to reunite with Bailey.  When they came to pick up Bailey, he acted as if not a day had passed since they had been separated.  He ran to the front door with joy as if saying “Let’s go home!”  That is just what they did.
If it had not been for the tiny microchip in his back, Bailey would never have seen his family again.  Microchips speak because pets are unable to. If your pet(s) is not microchipped, we recommend you take advantage of our current $10 off promotion. Contact us for more info. 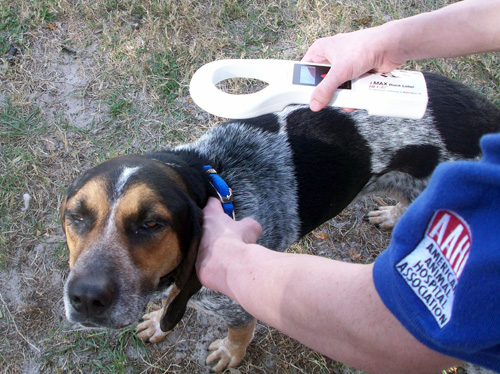 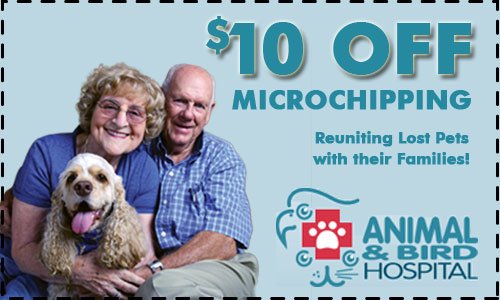